Not to beat around the bush, but it’s definitely dead.

And when we say dead, we mean it’s about the dead.

More specifically, about dressing LIKE you’re dead, to keep the REAL dead at bay.

Halloween is dead brilliant, but in England, it can sometimes be akin to the walking dead.
The kind of dead that stumble around not being any fun at all.

And we need to change that!

Enough about dead this and dead that, we hear you cry!

OK, here’s how we came to celebrate Halloween in the more, er… “enlightened”… parts of the UK:

Halloween is an ancient festival, which has its roots in the Celtic festival of Samhain (Sah-wen). This was when the Celts (the ancient inhabitants of Great Britain) celebrated their New Year and the day they believed that the souls of those who had died that year progressed to the underworld. It was said to be a night when ghosts, demons and witches roamed the earth, and people tried to placate them with offerings of nuts and berries.

Nowadays, you’re more likely (in most houses) to get chocolate or sweets than you are nuts, which has no doubt made the festival more child-friendly.
Today in the UK it is celebrated on All Hallows Eve, the night of October 31. The last night of October was originally the eve of Samhain.

Many of today’s Halloween traditions are associated with America, however they originated in Celtic history. For example the custom of ‘trick or treat’ originated in England (back when Halloween was more of a “thing”) as ‘Mischief Night’ when children declared one ‘lawless night’ of unpunished pranks (usually May Day Eve or Halloween).

In the late 19th century, the Irish belief that ‘the little people’ or fairies played pranks on Halloween, led boys and young men to carry out practical jokes on that night.

Dressing up as all things dead was so that we would blend in with the roaming spirits and thus be safe from them.

Now, however, kids (big and small alike) yell, “trick or treat”, with the idea being that if treats in the form of sweets and the like are not supplied, the owners of the house will be tricked instead.

Sorry, but this post is about Halloween – we had to mention dead things again!

So, there’s just over one month to go until October 31st, and it’s time to get into the SPIRIT.

If you’re hosting a Halloween party or event and need to really scare up a treat for your guests, the Baron von Grindle, Vampire for Hire is available 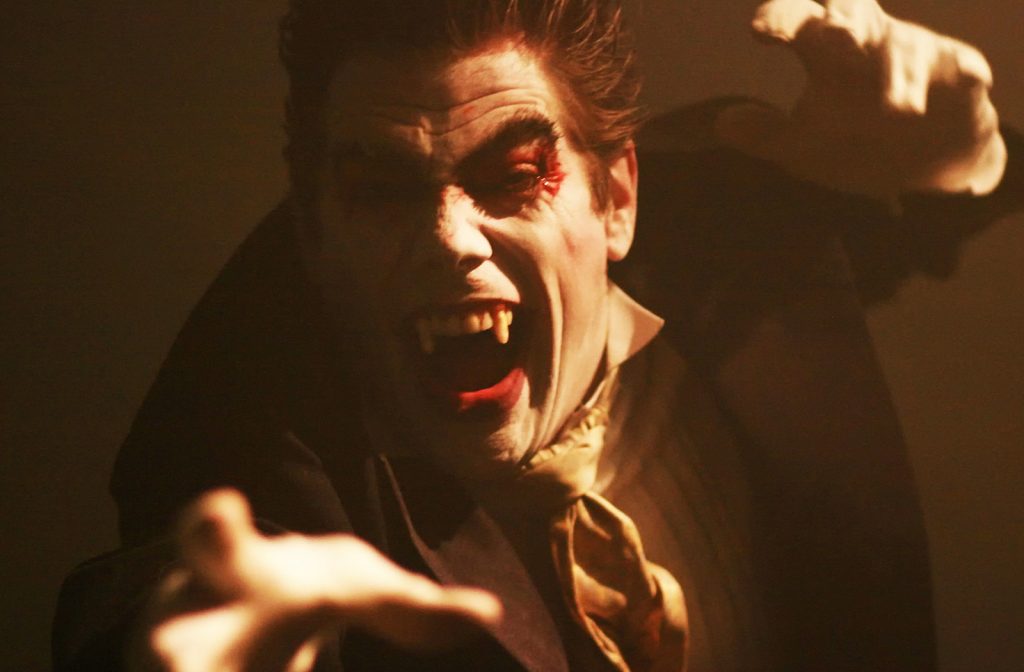 Or you could terrify your your guests with a clown instead…

OR, you could terrify your guests with a vampire AND a clown!

Get in touch if you’d like to find out more about how we can make your Halloween party or event one to remember!